Cameron Kopf, are you reading?

Last week I received from Germany this gorgeous Gossen Tippa (B). 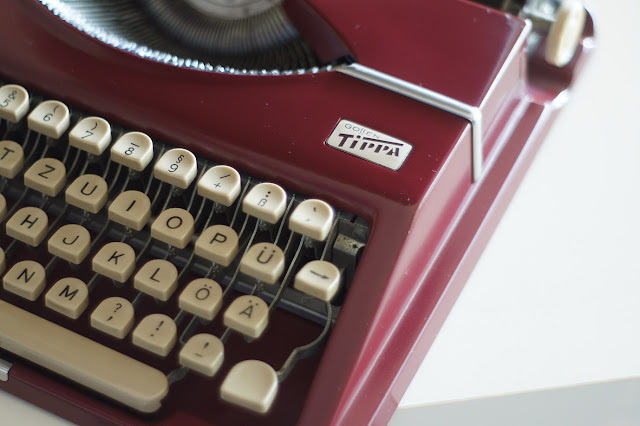 It is a beautiful machine with a very responsive action. However, it had one quite serious flaw. It skipped and skidded about the place like a bar stool seems to under you, after you've sunk a few too many beers - or if you're inclined as I am, red wines or vodkas.

Cameron Kopf's Gossen Tippa B was also suffering from the skiddies as well, so he may be interested to read this.

I was able to type on on the Tippa, but every so often it would just fly off a few spaces. I popped off the base and a bit of a look underneath, but I couldn't seem to really diagnose exactly what the problem was. Despite that, I still tapped out the typecast for my last blog entry quite happily - even with the skipping skidding problem occurring

I figured out the operation of the space bar escapement dog, but I couldn't quite see why it kept happening. A few days later while I was riding to work, a thought occurred to me... This may not actually be a parts failure.

A few people had suggested that they needed to bend back parts with some needle nosed pliers, but all the parts in my escapement looked perfect. Not only that, they had been serviced at some point by someone who had used loctite to hold the tiny nuts in place - which implied it was in the last decade or so.

So.... with a few cotton-buds, I ventured into the inner sanctum of the Tippa; the escapement. 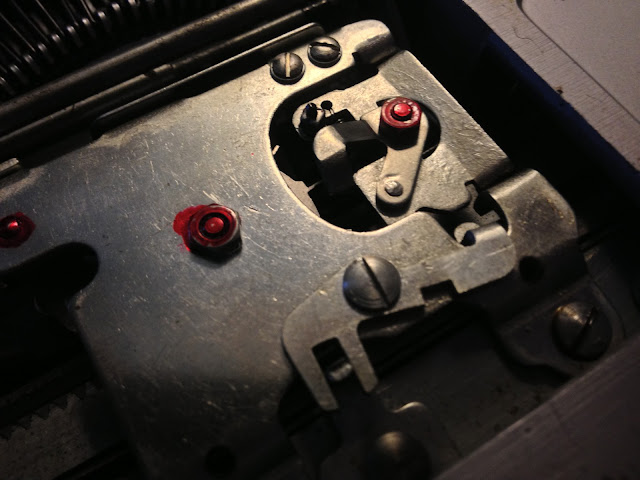 The space escapement dog is the piece to the right. You can JUST make out the star gear.

The star gear locks between two escapement parts. One of these is rigidly bolted to the escapement dog, the other part is a moving, spring loaded wedge that catches the star gear and does the bulk of the work. The star was skidding past both of these when the problem was occurring.

The outside, machine seemed incredibly clean - which I think led me to a false sense of security about it's mechanical cleanliness. I learned otherwise when I managed to filthy up 8 tips of the cotton buds just inside the escapement dog  and along the star gear. 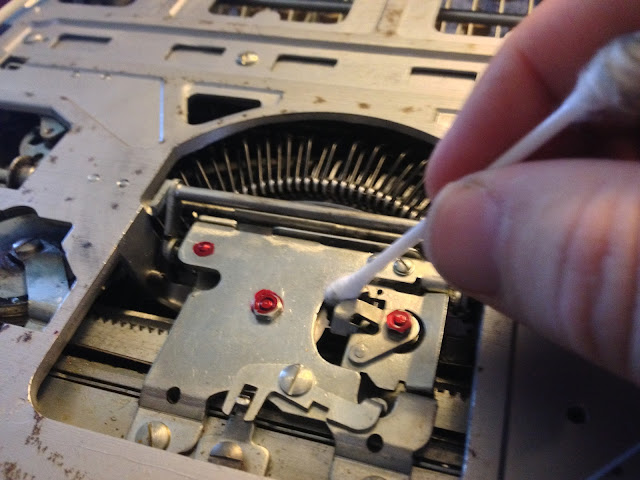 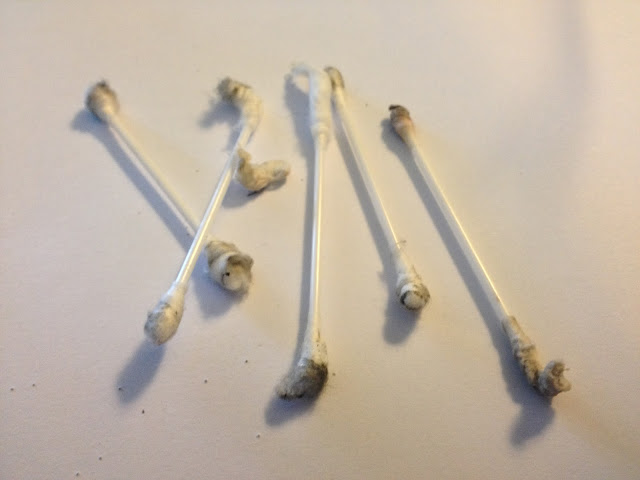 The one on the far left was dipped in de-greaser.

Cleaning the prongs and the dog arms seemed to yield almost instant results. I flipped the machine over and gave it a whirl, and it seemed to have become dramatically more reliable and responsive.

The lower wedge of the dog that moves needed a little bit of coaxing to hold into place. I jammed an on-hand set of pliers onto it to stop it moving, however the same result could have been achieved with a small screwdriver. 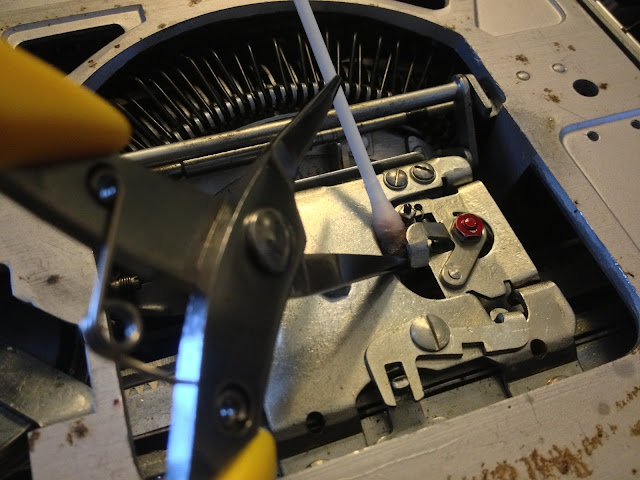 I sprayed the escapement dog with a little de-greaser, and then wiped it away. I then dipped the cotton bud into a little cup of de-greaser and then proceeded to clean all the parts to make sure I had cleaned everything off. I gave the escapement a bit of a blast of air to try and clear any other muck that was left in place.

I then pushed a brush across the teeth of the escapement rack to move out some muck that I had observed had wedged into place.

After I fastened the bottom of the machine back into lace, I fed some paper in and gave the machine a good run. There was no observed skipping that occurred when I used the space bar,  and you could feel that it was catching with much more certainty.

So there it is. It seemed incredibly simple - just 'clean' the parts, but really that's all it is. I'm pretty confident that the skidding is sorted. Go me! I've got a couple of other little things to sort out on this Gossen Tippa as yet, but it is shaping up to be a very nice little machine.