This is a continuation of the typecasts of my trip to Melbourne. 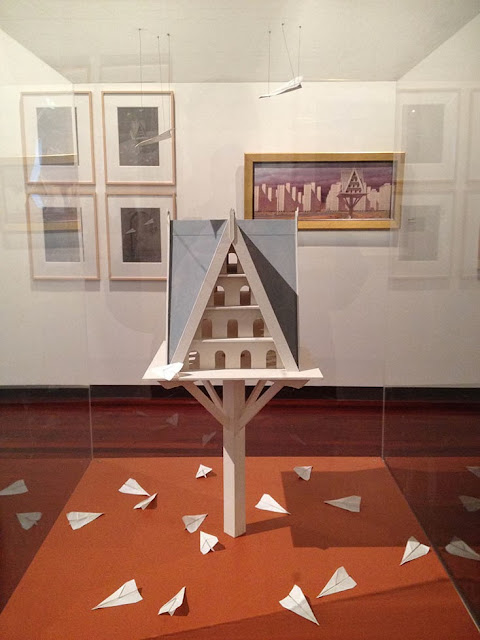 A quick photo I took of one of Robert's sculptures. Note the corresponding painting in the background.

I went to high school in Essendon, and in Melbourne the your team is often your tribe. The Essendon colours are etched permanently in my mind - despite being a Fitzroy supporter.

Robert Clinch: Sign of the times.
The very familiar (to Melbournians) Nylex sign, and 'Skipping girl Vinegar' signs have been 'Coked'. 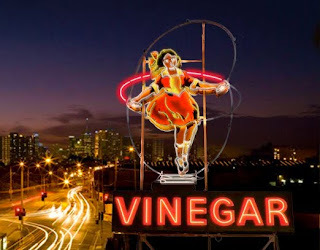 The subject of why these ageing signs are so loved by Melbournians is an entire blog post on its own.

Robert Clinch: From bauhaus to our house. 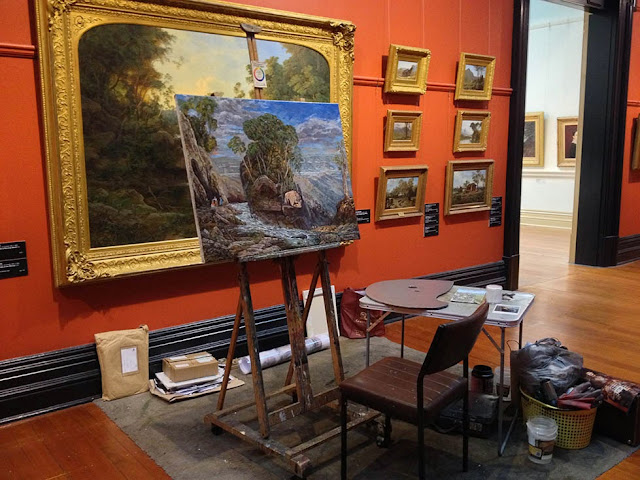 Just for reference, I don't have permission to post the images of those artworks that are displayed above. They are linked directly to Robert's website, which can be found HERE. Please, pop over and by his book (or even a painting?) so that he feels the exposure has been worth it to him and as such won't ask me to stop displaying his works.

Meanwhile, if you're ever in near somewhere his paintings are on display, GO SEE THEM. The pictures on here just don't do them justice at all.