It may surprise most of the typosphere, but I haven't actually featured many of my collection on my blog. I've probably only covered about a third of the machines I own - if that. Some of them have appeared in the background of topics, but I haven't talked about them or their interesting history or story.

So, while it is ITAM, I'm going to show a few of the German machines that I purchased over the last year that have been hiding out in my collection - largely only for my eyes and fingers.

As such, I would like to introduce you to what I would regard as the most beautiful typewriter in my collection, and part of its story. 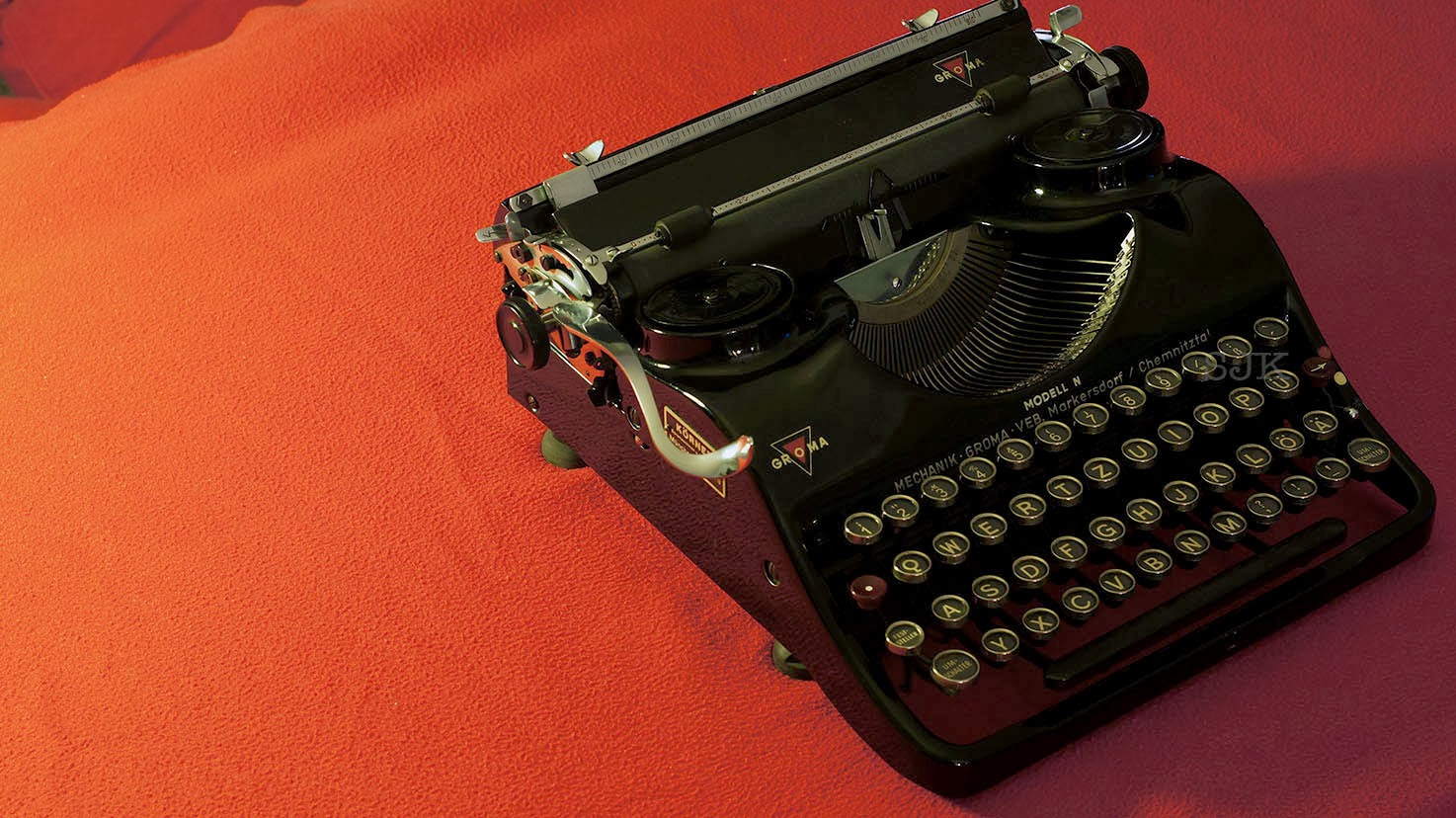 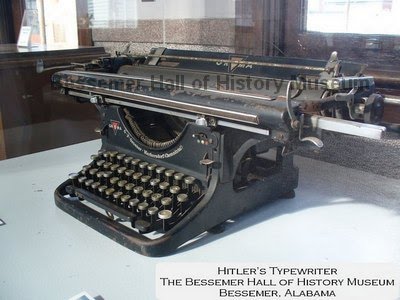 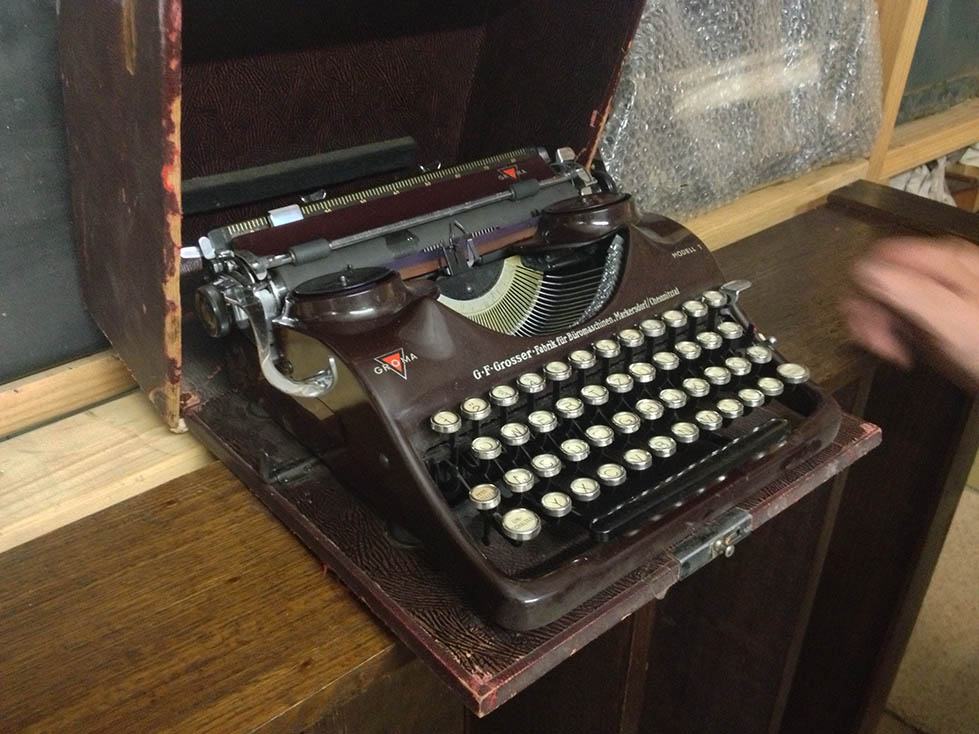 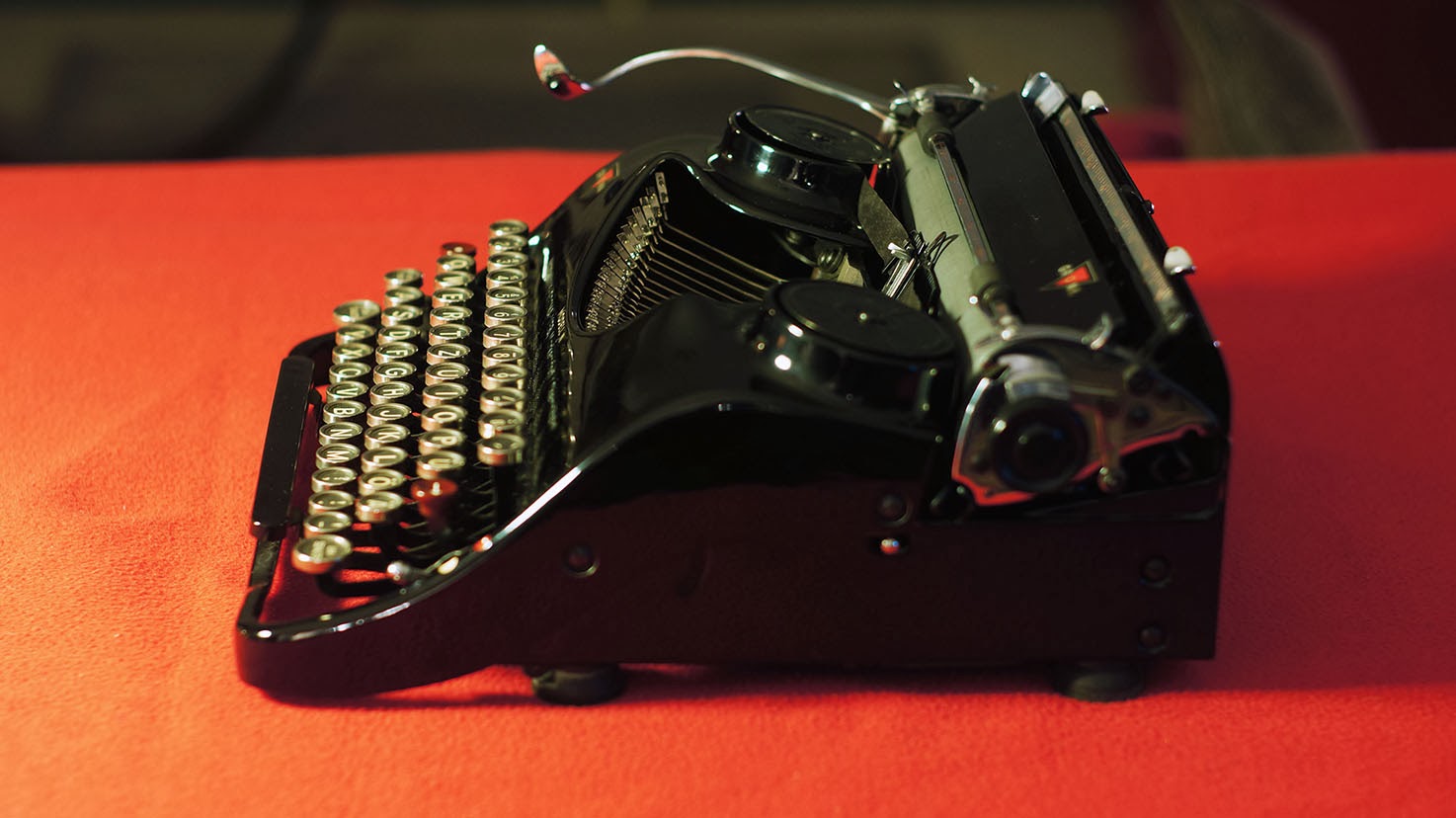 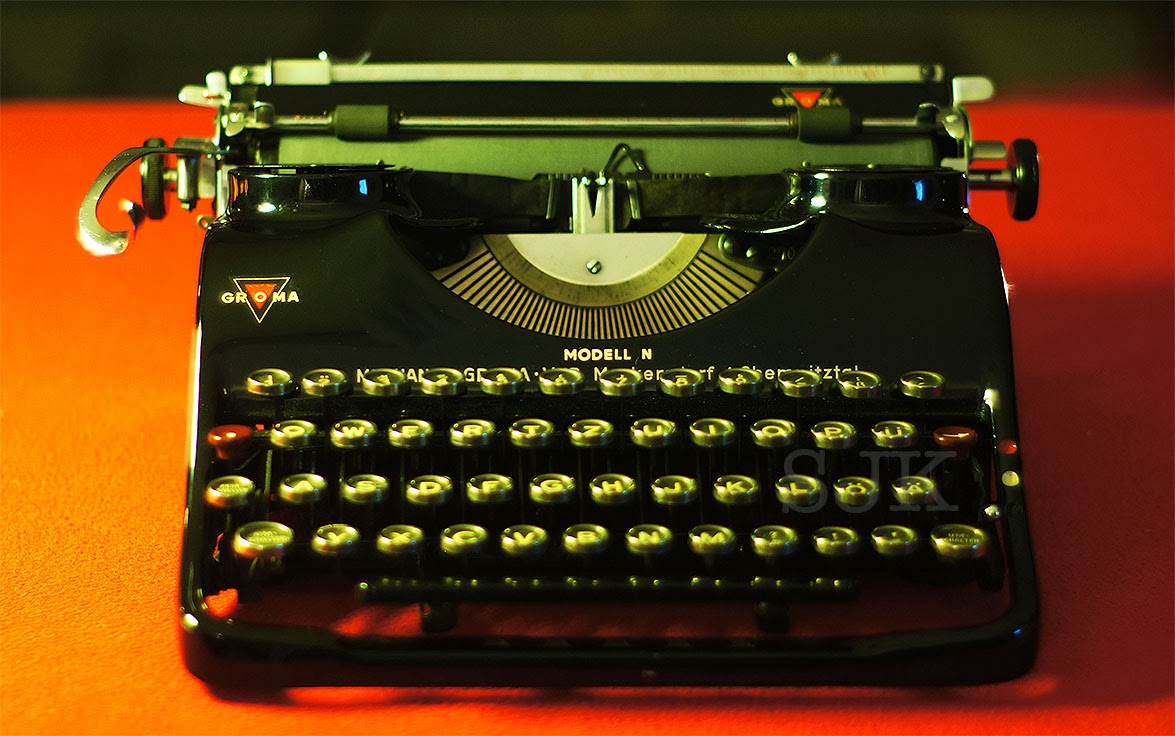 This typewriter has spent most of the last 5 months since I bought it hiding away in my cupboard. I feel awkward about even using it, as it is in such incredible condition. It is wonderful to type on, with a very precise and well designed mechanism that is very comfortable to use.

It doesn't have the same heavy snap that I love about the Rheinmetall - but that is a feeling that I think only a few would love. If the two typewriters were dance styles, the Rhienmetall would be breakdancing, while the Groma would be Ballet. It feels far more refined and elegant, while being somewhat prissy.

What I have found interesting with this design, is that while it has some of the most refined glass-topped keys I have ever seen, it uses two plastic keys for the margin release and the backspace. Both these keys are actually the lightest feeling keys on the keyboard and don't seem to be under a lot of stress to justify it. And while their red colour looks beautiful on the keyboard, I still feel that it was an odd but interesting choice.

Later models of this machine used an all plastic keyboard. The machine was re-worked again after that to have a different shell, and square keys. 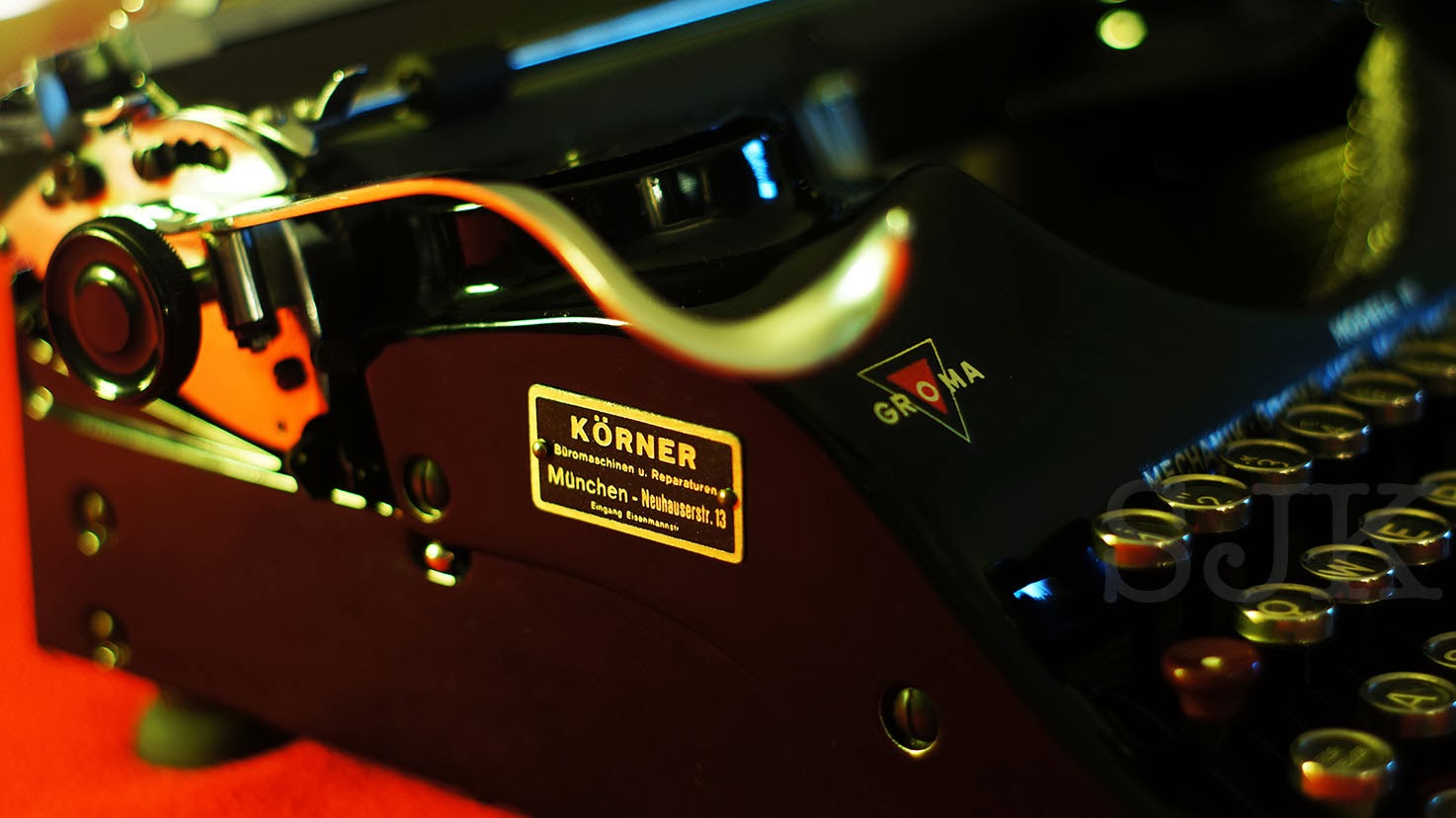 Going beyond the dealer's stickers that are more common on typewriters, this machine features a very classy plate that is riveted into the side of the machine. It breaks up the beautiful curve of the machine a little, but it isn't unsightly. I rather like it there.

There is surprisingly little information on these Groma machines online. While the Kolibri gets all the glory, the Model N or T (and apparently there's a H) are almost no where to be seen. They aren't 'rare' in the true sense of the word, and they can often be picked up on German ebay. Although you're unlikely to ever see one at the same price that I bought mine for again.

The later machine with the coloured finish and the covered ribbon spools and plastic keys are easier to find. But even then there's nothing about these machines online. Further more, the older desktop models never make an appearance, other then in articles about Hitler's typewriter.

Groma is an interesting part of German industrial manufacturing history, and I believe more than just an also-ran as it is historically interesting how it continued to survive after becoming an DDR manufacturer post WW2.