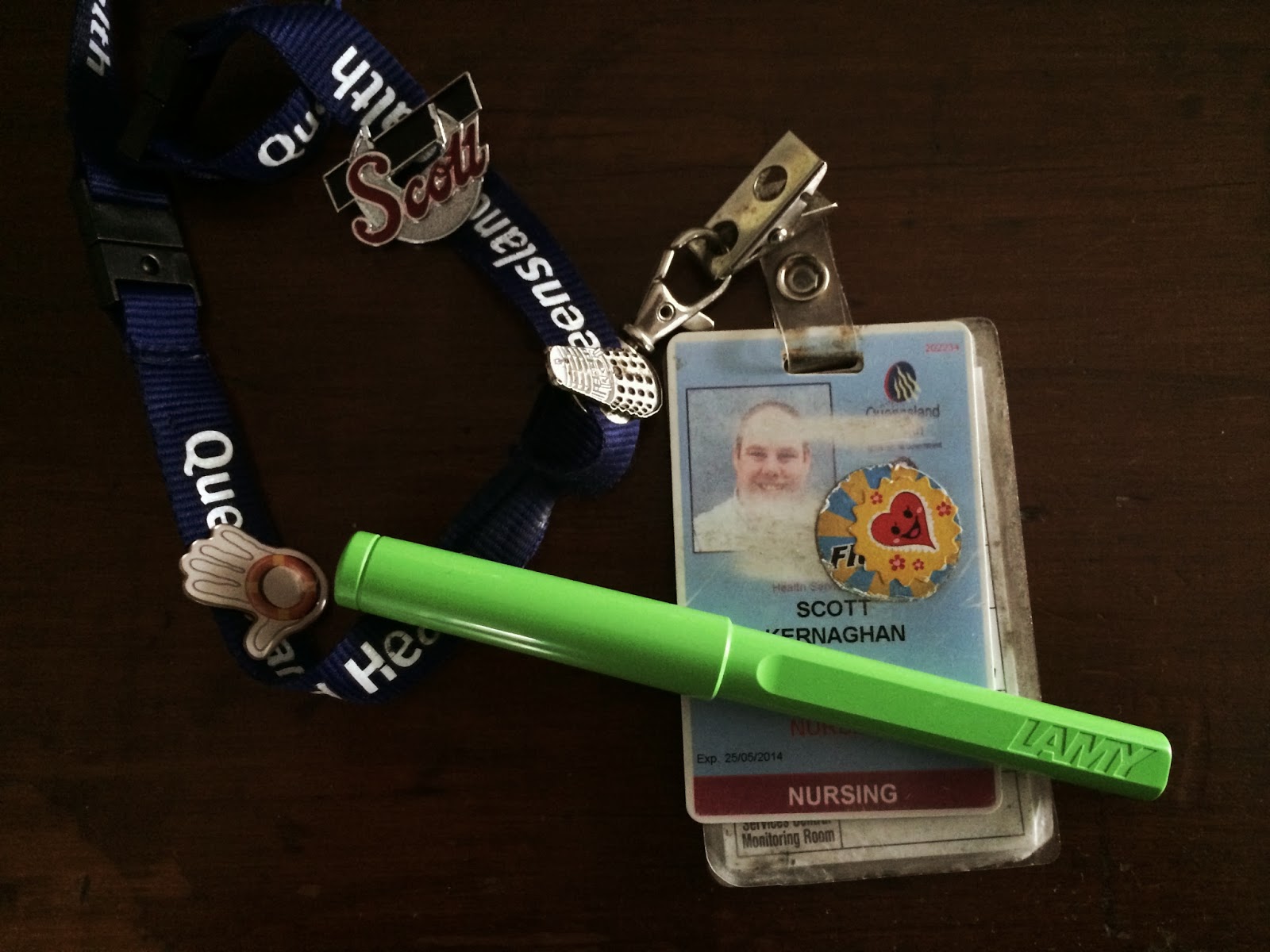 I looked closely at my work ID on Tuesday, and noticed that it expires in a bit over a week. The ID is current for 5 years, and as this was my first ID issued by the hospital I work at, it meant that I was coming up to my 5th year anniversary.

The ID has been worn down across the front by a USB stick that used to hang with it on my Lanyard. That USB stick is gone. The 'Flu fighter' sticker that was stuck on my ID after I got a flu vaccine 3 years ago has been covered by a sticker that was put there by a 4 year old girl as a thank-you. Her younger sister has leukaemia and we were at the time preparing them for a long hospital stay during bone marrow transplant. We generally call this a 'BMT'.

So I've been working at the Royal Children's Hospital for 5 years now. I never advertise my place of work on my blog or Facebook for a variety of professional or personal reasons. Almost half of that time has been spent working in children's oncology. When I left oncology two months ago, I got out my Olympia SM3 and wrote a letter to every staff member I had been working with on the ward at the time to say thank you, and to reflect on my relationship with them. 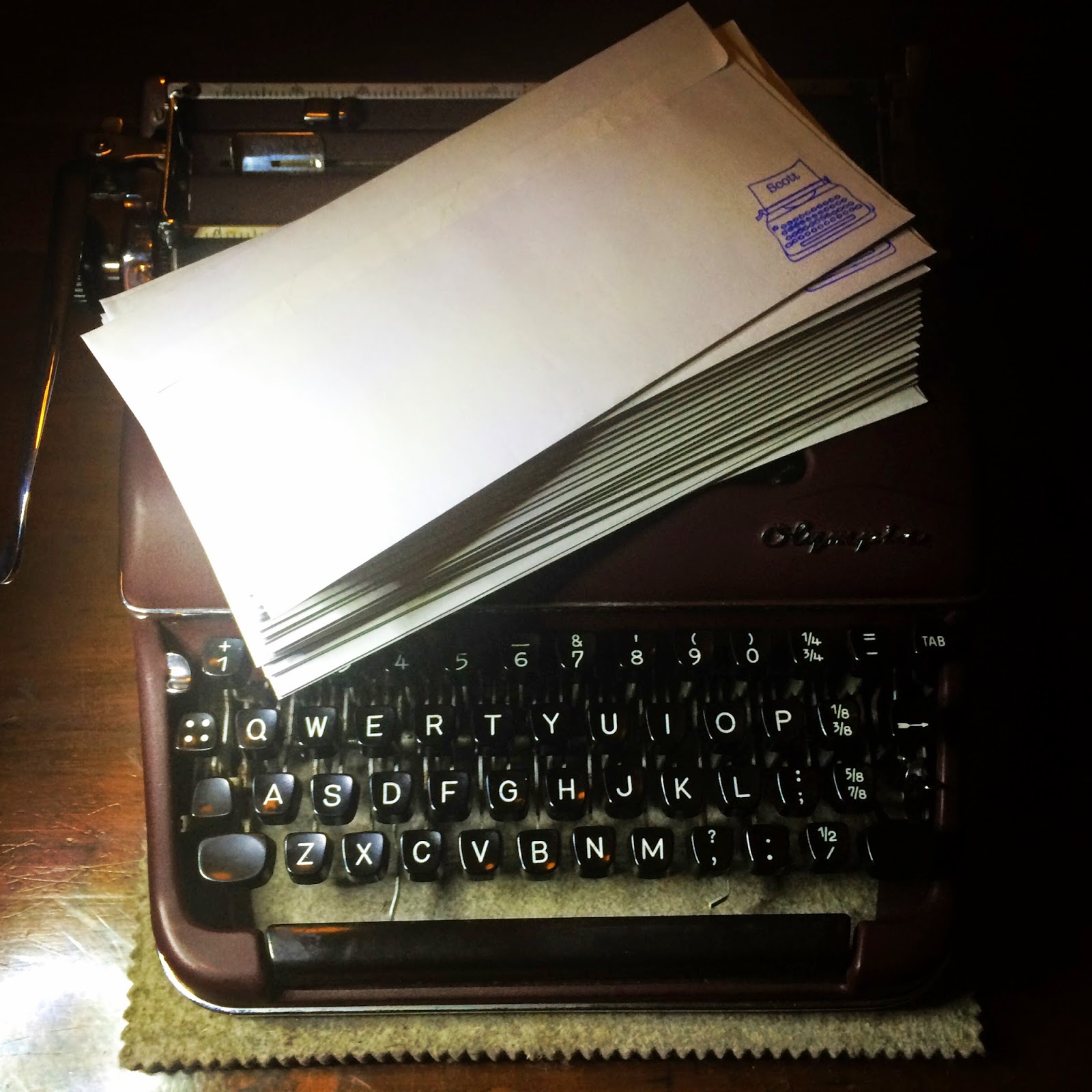 I said relationship, and not working relationship for a reason. In an environment like that personal friendships are formed, and bonds are made as people lean on each other for support. It took me hours to write the letters, but they were worth it. In a way it is the complete opposite of burning your bridges. A positive way of ending a working relationship that could form greater working relationships if you ever work with someone again. And with a typewriter I was able to bring a bit of happiness to a group of people that work in a high-stress environment.

I didn't just work in oncology. I worked at various times in almost every department of the hospital. I'm one of the few people that have been in every single room in the huge sprawling RCH hospital campus, and I know where pretty much everything is. People wave to me and greet me warmly in the hallways, and I sometimes can't even remember who they are. I've worked with so many people that I simply can't remember all of them. But I seem to have left a good impression wherever I go.

I can write about this now because I handed in my resignation yesterday. It wasn't type-written, it was emailed. Three lines brought about the end of my time at the RCH, a couple of days before the end of my 5th year. My time at this hospital ends very soon. I'm currently knee-deep in a project for another department, but I've made major headways, and will be leaving it in a very progressed state for who ever finishes it.

The world's slowest house-pack has now gained momentum. I'm cramming stuff into boxes now with purpose and focus. I have a direction now too. We've declined the overseas offer (yes Richard, you were right! It WAS Qatar) and both Jane and I are focused on building a future in Melbourne. She's happy in the position she has down there, and the day after we declined Sidra's offer I had a phone interview with a hospital down in Melbourne.

But that's a story for another time.

So this is it my friends. My computer is about to be placed into a box, and I won't be writing any blog entries for a while. I'll be chatting on and off on my iPad, so I'll no doubt keep up to date with the goings on with everyone else's blogs.

So I'll see you soon online. I guess it won't be overseas now, but in Melbourne.