Mum, the typosphere is in the letterbox again! 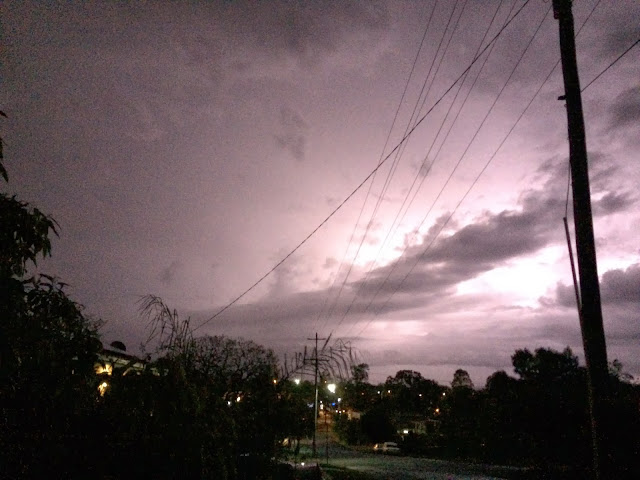 It is storm season again here in Queensland,  and we've had storms every night this week so far. This photo above was taken with my phone about 40 minutes ago, as I am waiting for this storm to hit and probably knock out the power for the evening. It won't be long till I'm back to blogging by candlelight again.

That said, I feel for the people who have suffered from the intense storms in the Philippines. The tragedy I have been watching on through the news has been almost unbelievable. I wish such news wasn't just played out for our entertainment value though. I wish I could jump on a plane and help the cleanup in the same way as I did after the floods here in Bris, but alas I think more boots on the ground like mine would just contribute to the problems they are having there.

However in other news, I've received some great items from the Typosphere lately. 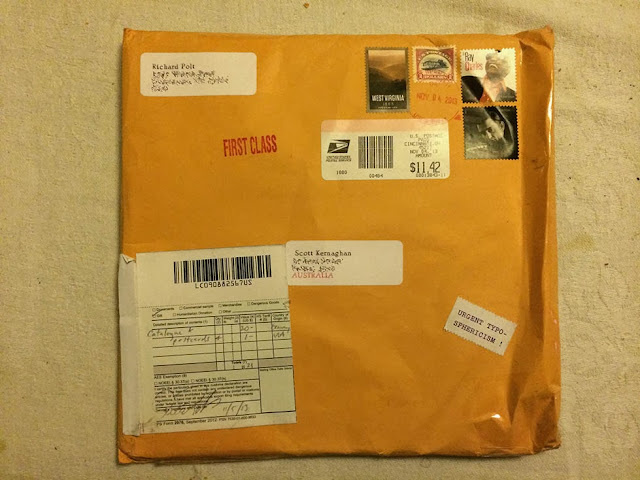 Firstly, there's this wonderful envelope with some beautiful stamps, and a great little caption. There is also the familiar typeface of an Olivetti Graphika on the address label.

It is of course from Richard Polt. The man that owns the Monarch 101 typewriter that I so unfortunately lust after, and the man that 'powers the typosphere'. With all that running that he does, I'm surprised he has time to write with his typewriters!

Anyhow, I loved the stamps affixed to the front. 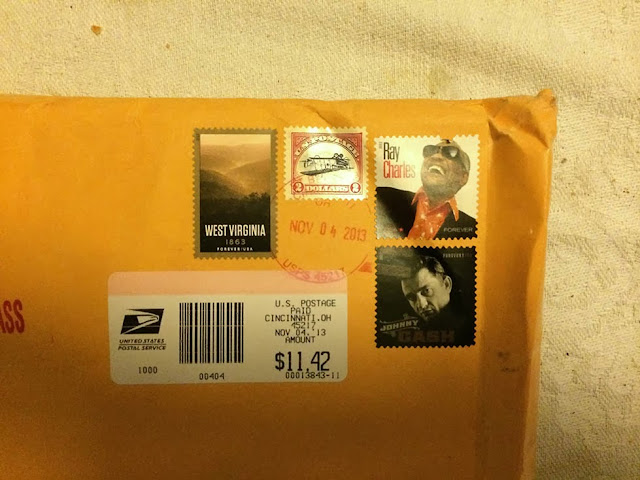 I used to collect stamps once. It was one collection hobby that I haven't continued, but I still appreciate a beautiful stamp. 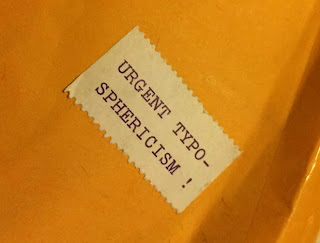 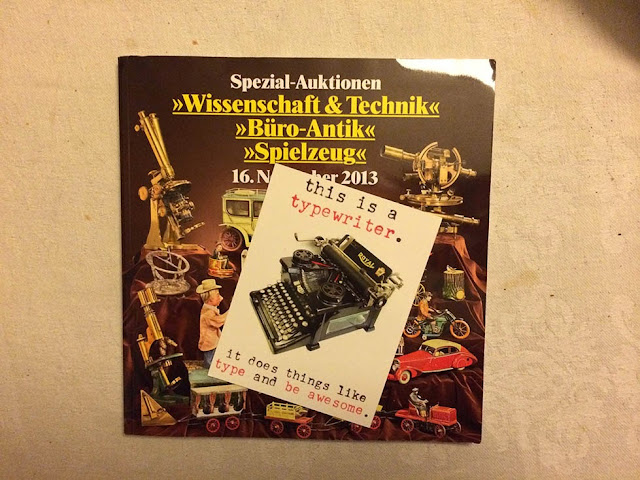 Inside was the auction catalogue that I had quizzically 'won' from Richard's blog recently, along with a postcard. I just noticed the date of the auction, and I clearly need to get my butt into order if I'm going to bid on something!

But I also got something else from the typosphere that was supposed to be in my letterbox, but wasn't. 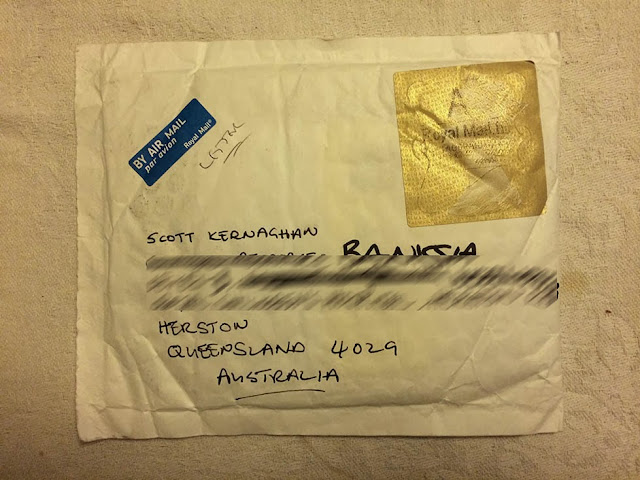 Rob Bowker will probably recognise this letter... sort of. You see, I used to have my paypal delivery address set to my old office that I use to work in. I stupidly had this set as default through paypal, but the Ebay default that I usually use paypal with, was to my actual home address.

As such I just assumed this letter would be heading home, and not to an address that I was no longer located at.

Subsequently, various departments at work bounced this envelope around in the internal mail for quite some time - each time adding a new location to the address line, until someone just got too lazy and instead propped the envelope against a whiteboard in a department that I occasionally wander into.

I currently work for three departments on separate days, so it was somewhat understandable that this could happen.

I eventually walked into the room where the envelope was propped, and after a few moments of surprised confusion after seeing my name on the envelope I excitedly picked it up and remembered that I what it was. 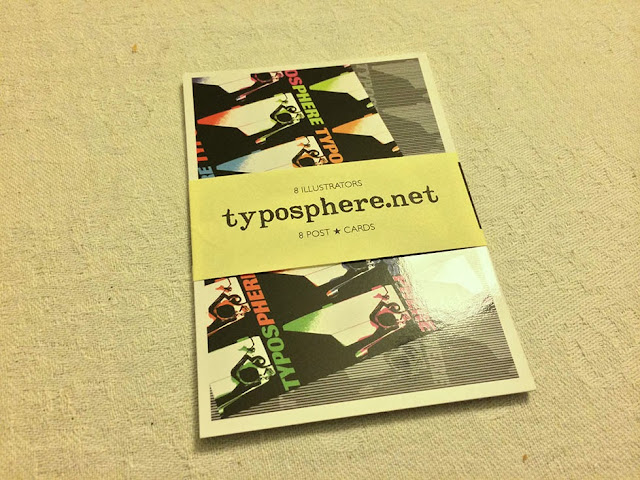 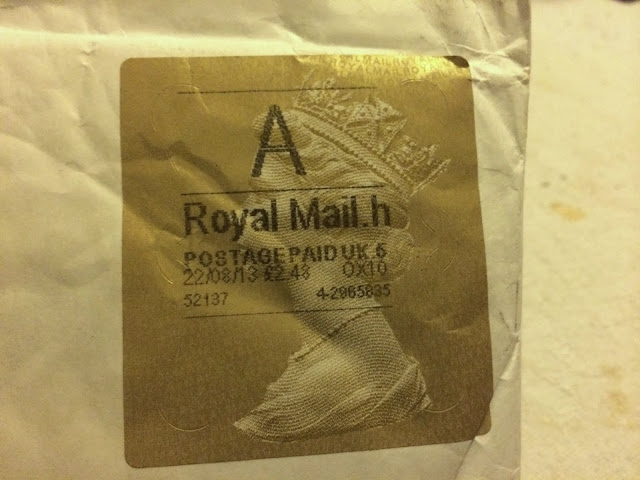 Oh, I do love the stamps from the UK. So many variations on the one theme, but they are often beautifully presented.

Right, now I had better remove that address from my Paypal. God knows what else I have bought that has gone to the wrong location. 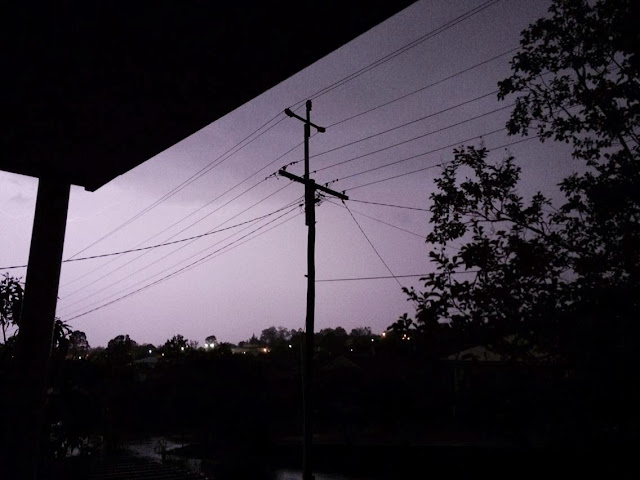 As you can see from this photo, the storm is really rolling in now. This snap was taken with my iPhone on the front deck about 2 minutes ago. You can JUST see the crack of lightening in this shot horizontal on the middle of the photo.

Dwayne, Burst mode on your iPhone 5s is your friend. (hold just hold your finger on the button).
Posted by Scott K at 03:50