Loaded and ready to roll....

So, I've picked a typer to go. It was a tough decision between all my machines, but the Quiet-riter wins out.

Sure, it's barely portable - but I'm not going trekking over any dunes and mountains, and through fiercely dense Rain Forests. No, it is sitting in the footwell just behind my drivers seat. 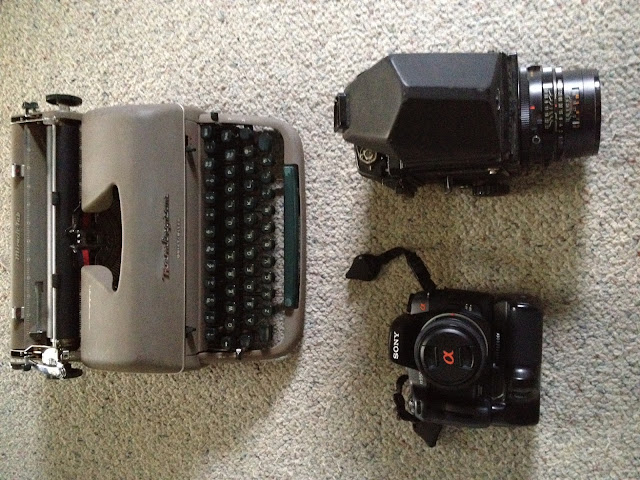 All the creative hardware I want with me on this occasions.

And no, the Medium Format camera isn't bent. it is just distortion from my phone camera.

I'm dropping a camper and their gear (a sh*tload of gear) out to a campsite at lake Sommerset on the way, so my stuff actually is very tightly bundled up in the Exxy at this stage.

I also won't have mobile reception - and as such 3G reception till I get back at least as far as Roma, so I'm going to be largely off the grid for a little bit.

So folks, see you when I'm back.

Have a great Day.
Scott K.