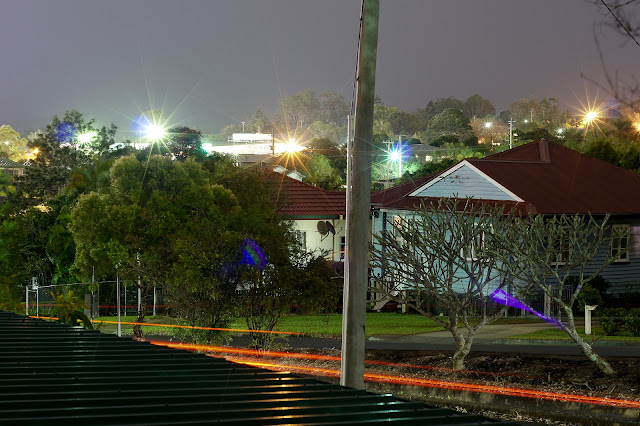 It's been a bit of a miserable Brisbane day, today. People around here are scratching their heads - in wonder as to what nature may be thinking - if not concerned about what nature may do next. Usually in winter we have a blast of cold conditions that are very dry, where we complain a lot about it before we learn to just deal with it. This usually lasts for about 6 weeks.

I personally enjoy those 6 weeks. I get to dress in heavy coats, use scarves and do almost anything without working up a sweat. I still have some awesome clothing from my Melbourne wardrobe that makes me look dashingly smashing in this kind of weather. For the rest of the year I just look like a melting slob.

But it isn't dry right now. Rather, quite far from it. It has rained on and off for around about 5 days. We have had broken periods of sun, followed by just generally overcast conditions with a rolling series of isolated showers. My motorcycle is gathering dust, and my umbrellas have been getting a bit of a workout.

I'm on a strategic break from work. What this is - is hard to explain, but it essentially means I have taken some of my annual leave allocation in the middle of a period of transition, in order to highlight the skills deficiencies within certain area of a department. I'm doing this for two reasons - firstly because of the politics involved with working in government, and secondly to preserve my own sanity.

I don't like doing this kind of thing. I really wish workplaces could work more harmoniously, with people within their areas of responsibility being considerate of the needs of others.  But it has become necessary to take leave, for a series of reasons which I legally can't discuss in an open forum.

The situation when I get back isn't going to be great either way, as my contract has been dropped to a lower level, and only signed for three months. This isn't related to my performance in my job, but rather just an unfortunate result of government workplace regulation, and of just generally badly managed circumstances.

I've been making plans to head down to Canberra and check out Robert Messenger's exhibition during this break. However as the days progress and money seems to be getting burned through, the money I need to pay for accommodation has been dipped into (and no, the typewriter I just bought from overseas had already been budgeted for - for those who know about that) and I'm not confident that I'm going to be able to do a drive down there - or fly for that matter. It's about 1400km to Canberra (14 hours on the road straight) and if I drove there, and a fair bit longer if I took the route that I really wanted to take, and make something of a road-trip of it.

I need to get out of Brisbane for a bit, and I've been thinking about my options. I might be able to do Rob's exhibit a little bit later, and I would love to actually catch up with him while I'm there. So it may have to wait.

I've been nice sitting on the deck just outside and thinking. And while I've been feeling a bit down today, I've sat out on the deck and tapped out a few letters to cheer myself up. 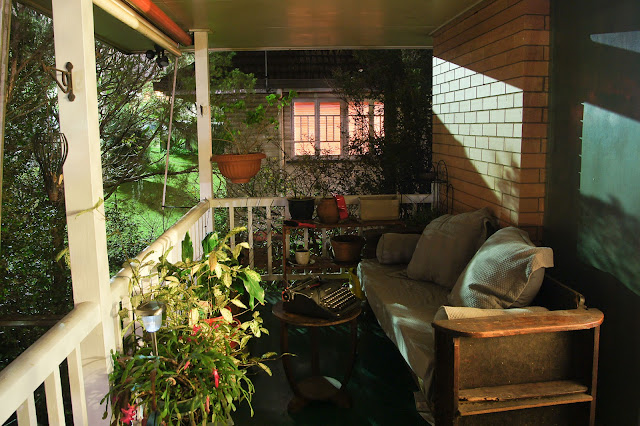 But it has gotten cooler again tonight, so I've retreated indoors and bloated myself up with a nice  meal of chinese. I do love a good chicken and cashew dish. I've been playing with my camera a bit this afternoon during these rainy conditions, so as such I thought I'd upload a few of the photos on here for all of you to see. So hopefully your broadband connection is conducive to downloading these photos.

Of course, one of my favourite typers has featured here. My SC Sterling. 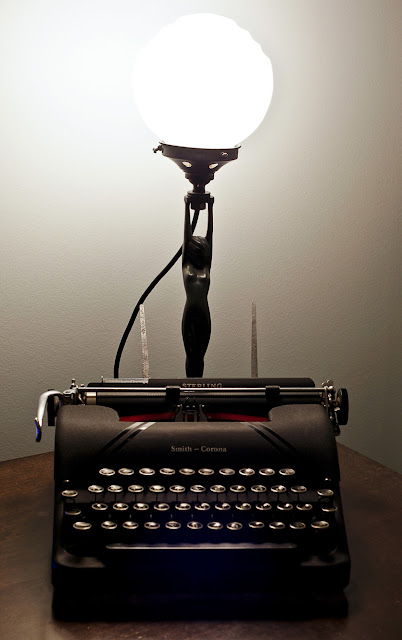 These are a few of my favourite things....

My Nissan gets a big service on Thursday, so I'll have a good idea after that as to what kind of trip away from the city I can take. If I get down to Canberra, that'll be great. Otherwise, I think I'll be heading inland to spend some time in a bit of the outback. Naturally my camera and typewriter will be in tow.

Let's see where the wind takes me.