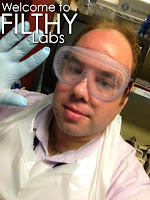 Welcome back to Filthy Labs.

Previously in Filthy Labs, we began to assess the effectiveness of a "Wet" Teflon based lubricant spray on  the functionality of a previously gummed up typewriter. The machine in question was an Adler Gabby 25, which had been filled with a capricious amount of WD40 by its previous owner. The WD40 was cleaned out by an extensive blast of degreaser more recently, but after the machine sat idle for some months it began to jam up again significantly.

Two types of lubricant were applied to parts of this typewriter. The details of which can be found HERE. Both of the lubricants were used on the segment across selected groups of type bars. A control group was established of type bars that were left UN-lubricated.

*Please note. Typewriter manufacturers do not advise the lubrication of the segment.* 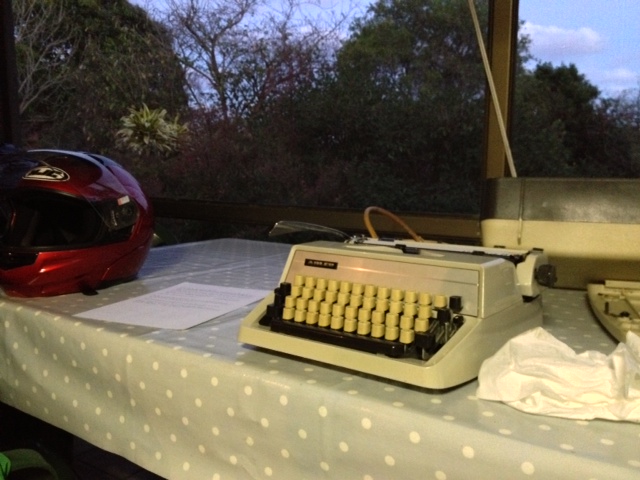 The Gabby on cleaning day, 3.5 months ago.

After an initial 3 months of storage, this typewriter began to return to very stiff operation - despite the WD40 being removed. Lubrication was applied to the machine in controlled areas, ensuring comparison between the control and non control group type-bars. The control group consisted of type bars in the segment that had not been treated.

The Teflon spray should have both cleaned and kept the type-bars lubricated, while the control bars are expected to return to their previously 'sticky' state.

After basic operation and initial testing, this machine was kept in storage - inactive, for 3 months through the hot summer period. It is then tested with some rigorous typing. 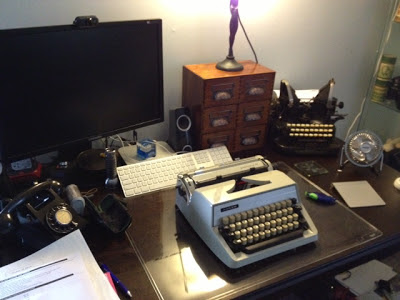 Has it really been 3 months since I last wrote on this machine? Damn! How time flies.

I grabbed the Adler typewriter out of the cupboard, fed some paper into it, and was immediately reminded of how  incredibly smooth the operation of the carriage was. Over time the waxy 'dry' lubricant that I had applied into the tracks and had left the operation feeling very refined. I have observed this in numerous machines that I have applied the 'dry' lubricant into, and I still feel surprised by how dramatic the change is.

I began typing on the machine, and found the treated group keys (PTFE spray) was completely functional and smooth to operate. However, one of the keys on the right hand side of the keyboard still felt slow - and it seemed to stick a little, before settling back into place. It was a key that held a couple of fraction functions, and I checked my previous attempt at using this key, and found I had barely operated it previously.

the 'Q' key that I had injected the 'dry' lubricant into last time as it was super-stuck, operated flawlessly.

The control group keys had not simply stuck as they had before. The number keys in the control group showed a significant sticking, but in general letter keys operated back and forth typically.

However, there was a distinct difference between the keys in the control group and the keys in the treated group. The control group keys required a notably heavier touch to type with, and they felt as though they were offering considerably greater resistance during typing than the treated group, and the type slugs sometimes rested slightly away from the type-bar rest. 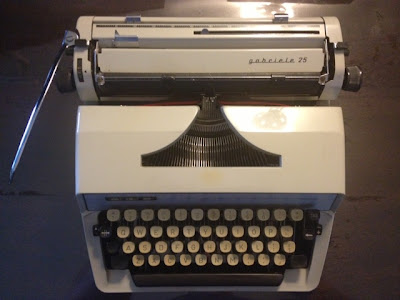 The idea of studying this lubricant was to find a spray-on lube that would be more effective to use on a typewriter - particularly a gummed up machine, than the often miss-used WD40. It succeeded in producing improved operation over a machine that had been WD'd and it subsequently cleaned whatever residual muck was gummed in there - out. In operation, the lubricant made a significant improvement to the functioning of an otherwise quite dull machine. However, this may not be the case in a machine that was in excellent condition and hadn't been bastardized by a gummed up compound

The lubricant didn't show any obvious bonding depositing of dry residue over the 3 month period, but it hadn't been exposed to significant amounts of dust to trail if it would bond to dust and hold it. Residual lubricant had been brushed and wiped away, and as such there wasn't a lot of surplus lube to bond with dust anyway.

The TF2 wet spray did the job effectively, as did the focused application of the TF2 dry. The results between them did not seem significantly different, however the dry lubricant has a much lower risk of catching dust.

So.. Is it an improvement over using WD40?

Well! At this point I would personally suggest it over WD40. Obviously with a jammed typewriter you need to give the machine a decent workout no matter what you do with it. Repeated movement of the type-bars helps loosen them up, and the addition of the TF2 lube in this situation certainly assisted this process. The treated parts of the machine worked brilliantly.

Trouble is, recently I've come across several typewriter repair professionals using WD40 in their repair work. At this point I realized that I had made a crucial error in judgement about WD40. I'd simply assumed that the collective knowledge on its use - which was generally a negative opinion  - was true. However some cursory research has shown me that the communal opinion of WD40 may be less and fact, and something more of a meme or a false truism.

This, in my opinion needs further investigation. I think it is time for the Filthy Labs to have a much closer look at WD40 - and what effects it may have on your typewriter.

The PTFE isn't a magic bullet. But, if you really find yourself needing to get your typewriter working with a lubricant, this stuff produces clean and excellent results.
Posted by Scott K at 02:57