I'd buy that for a dollar, or three.

I felt slightly jealous of some of the ultra-cheap typewriter finds that Ted and and a few other typewriter lovers recently posted about. Or at least until.... 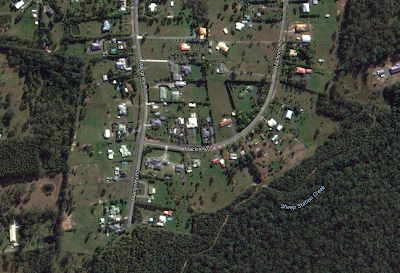 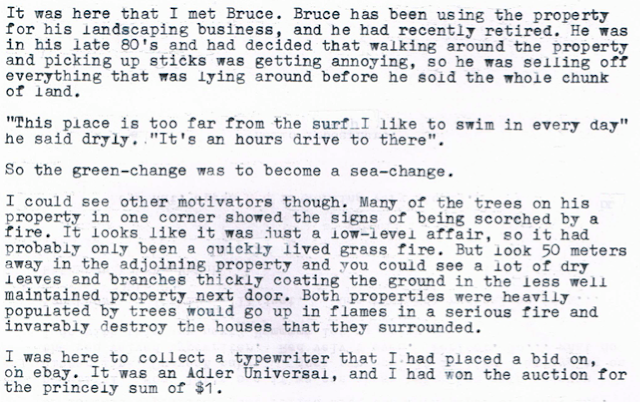 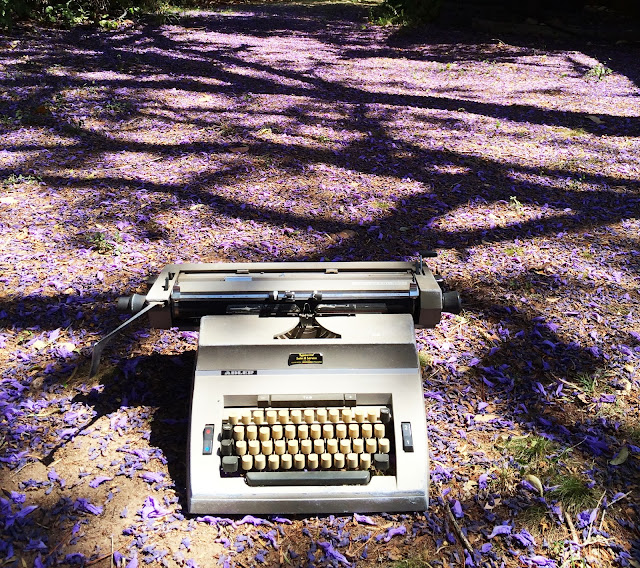 The Adler.... It looks a little worn an beaten, but may prove to be an excellent typewriter yet.

That's right. 12 typewriters. That makes them $3 each. The photos did not provide much in the way of information on these machines, as the seller had basically just crammed whatever he could into three photos without attempting to make any effort to display what he had.

As such at least 4 of the typewriters were going to be a bit of a 'lucky dip' selection. But I did spot a very familiar case on one, that I was certain would make this worthwhile.

The problem is, that my collection had already burst at the seams as it was. I just simply don't have storage space to put them. Suddenly adding another twelve to the mix is going to be interesting.

The morning that the auction ended, I went over and collected the horde of machines and loaded them into Ruby the Exxy with the assistance of miss Jane. It was essentially a deceased estate, as these machines belonged to the seller's late father.

"He was trying to fix them and sell them" the seller told me. "But I think he was asking too much for them or something". The seller was ex-army. He struck me as the kind of guy that would have been a 'plantie', an engineer that would operate or maintain heavy machinery used in construction. His car was adorned with army stickers, and the less tasteful  car 'breasticles', a variation of 'Truck testicles' that looked like breasts hanging from his tow-bar.

Either way, the collective of machines were both filthy, and in disarray. A couple of the machines were flat-out just nasty, with wasp nests and rust giving the collection a texture that made one feel compelled to get a tetanus shot just for handling them.

I had been emailing both John and Steve about these typewriters, and we'd agreed grab whatever we particularly wanted the most from the collection of machines. As I drove out from the seller's house, I called Steve and asked him if he would like to take a look.

I laid out the collection on Steve's front lawn, and we were soon going over each machine with something of a cursory inspection. John had already expressed that he wanted the big Remington standard, and I wanted the particularly green coloured typewriter that I had spotted as just a case in the photos. 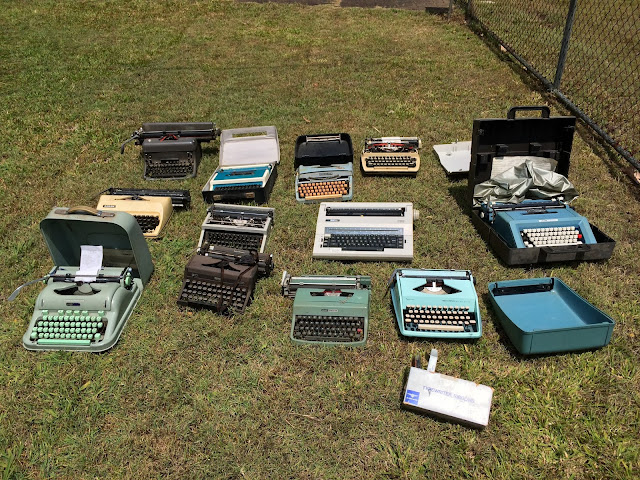 No prizes for guessing which machine I gave my immediate preference to.

As you can see, there's also a box of Adler branded ribbons. I have no idea as to what condition these are in, but I'm curious to find out.

There was really only two machines that I at this stage feel are irretrievable. The rest of them I am certain can still have another life yet. But I may find some disasters await me when I start to have a much closer look. Either way, at $3 each typewriter, there's really nothing to cry about.

The big Olivetti Studio even had its cover, and interestingly a list of songs that looked like it was for a country music christmas celebration. I immediately had the mental image of some RM Williams clad man with an Akubra hat on, tapping out the list of his favourites on that big ol' Olivetti. Trouble is that the machine's design had 'space age' written all over it, so far as it even had a 'techno' typeface. As such it just didn't seem to be the right typewriter for the part. Not to mention that a woman had signed off on the list with some christmas wishes. Not that women don't cruise around wearing RM's and big hats. 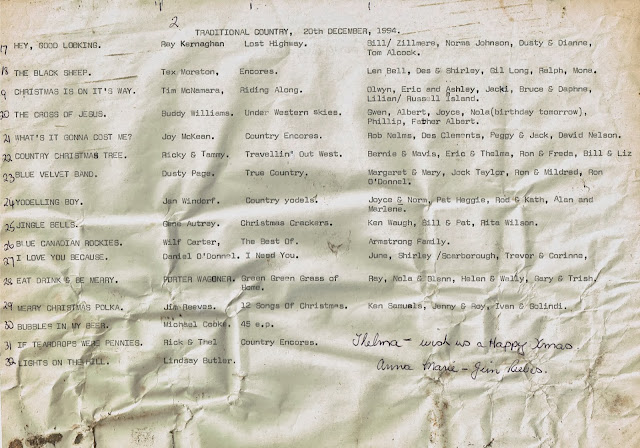 Fragments of the past. Oh... hang on, there's some familiar names here.

Steve grabbed out of the collection an Olivetti 32, and a Underwood 310. I'm certain with a bit of a clean the 310 would come up looking quite beautiful with its striking cobalt blue ribbon cover and trim, and vibrant white shell. I think he's got a worthwhile machine there.

We loaded the 10 other machines back into the car and Jane and I made our way home. I've now got 10 more typewriters that need assessing and, well, probably urgent attention, sitting in my shed. That's 11 typewriters in total this week from just the local countryside.