Because it's 'Ebay Rare'.

Item for sale online that has been described as 'rare' that the seller has made no attempt to verify if it is or is not, and is largely a commonplace item.
2.

An item being sold online, or talked about online that a person wishes to imply has greater desirability or value than it actually does, and thus describes it as 'rare'.
3.

An item someone has acquired that is a commonplace item that they found hard to get hold of quickly, due to the item no longer being manufactured and few or no owners were at the time selling second hand across the world.
4.

Something that someone is going to be, or thinking of taking to an antique appraiser to find out 'what it is worth' - after they saw one on ebay sell for "Squllions". 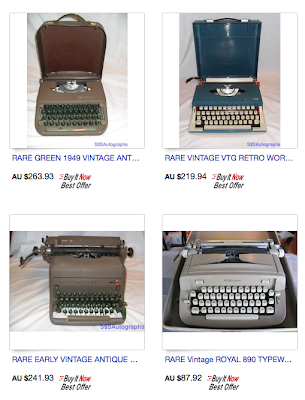 Rare you say? I guess those prices are cheap then! 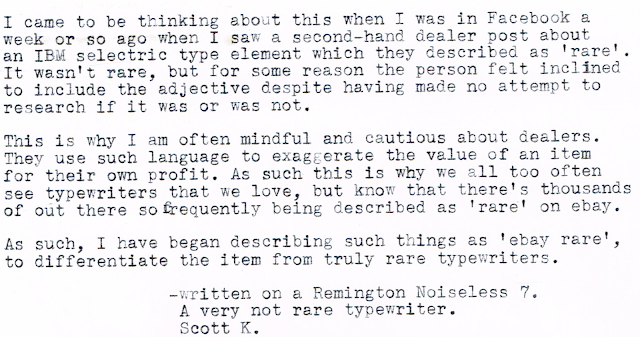 It seems that if something has been hard to get for a person, then it somehow becomes 'rare'. Rare is often equated to meaning 'valuable' in collector-speak, but in reality this isn't actually true about such items.

A friend of mine used to run a record store that specialised in hard to find recordings. I used to hang out in his shop from time to time to just talk, and listen to whatever interesting stuff he used to find. He once ran a radio program on Triple Z FM (radio) called 'Galactic Zoo'.

It wasn't unusual for people to come in off the street and sell him interesting recordings that they had, or to ask him advice on the value of various recordings in their collection. On a near daily basis someone would come by to tell him that they had a copy of 'The Beatles: Sgt. Pepper's Lonely Hearts Club Band' on vinyl, and they wanted to know what it was worth.

For those that aren't aware, that album in vinyl form sold 40 million copies, and has been re-released several times over. It is one of the greatest selling LPs ever.

Pop onto Ebay now and it isn't hard to find people selling copies an exorbitant rates. They aren't selling, but it seems to perpetuate the idea that the recordings are worth something. Despite there being 40 million of the things out there, I personally don't see many of them about the place. Even on ebay there's more novelty items related to the album than there are actual copies.