Words can't express how much I feel frustrated about packing this house.

But a string of letters can!

Now I've got that out, I can talk about my current attempts at packing typewriters.

While the baxter boxes from work weren't large enough, I did find that I can use boxes used to transport Burettes to great effect. Bunch up and throw in unused items from your wardrobe (note to self: Send that stuff to charity once I get to my destination) and you have a pretty effective packing regime.

These boxes are pretty cool. They have cardboard inserts that go into them so that you can re-enforce them and protect the items inside. I've been using them so far for packing picture frames. 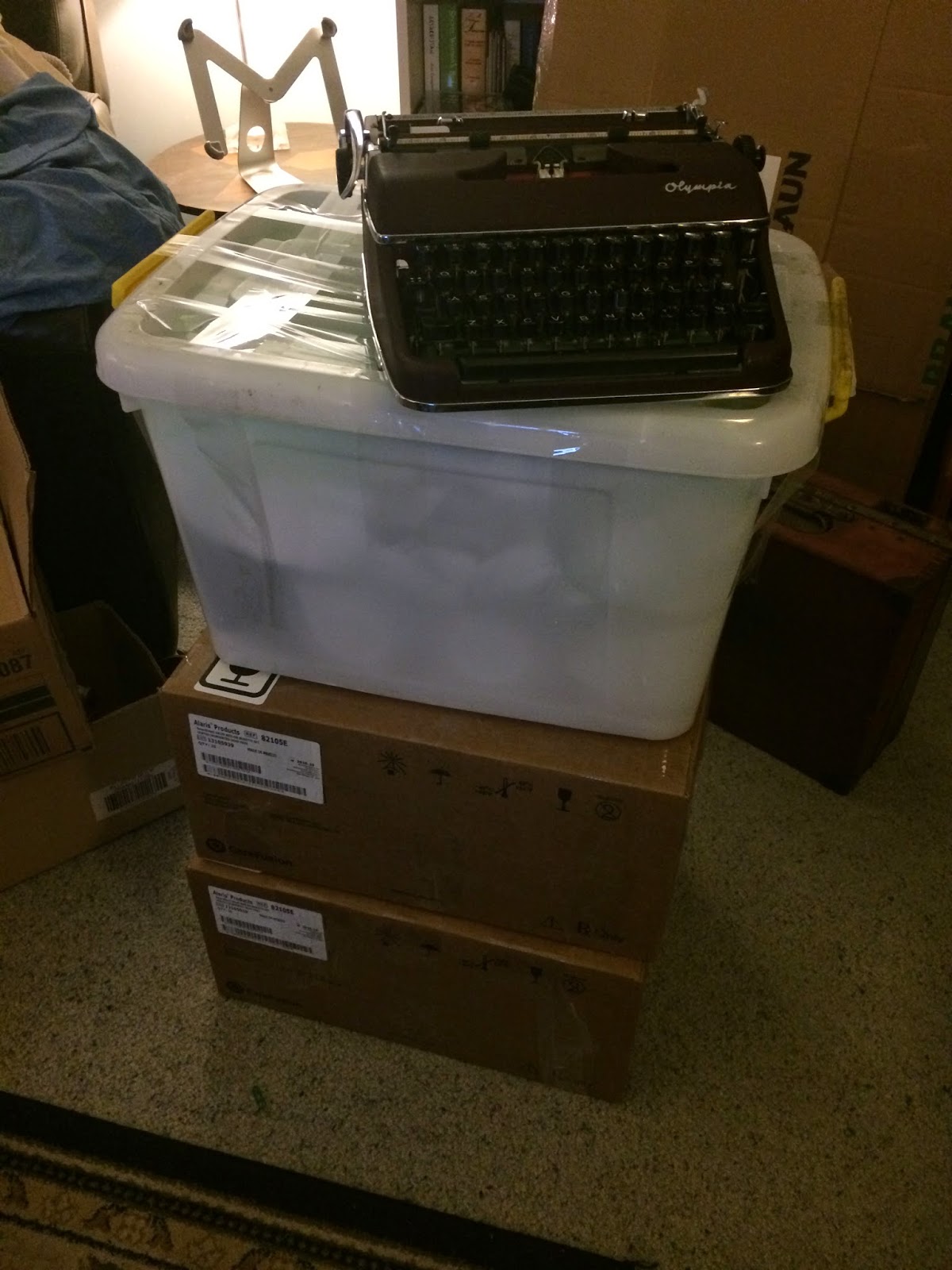 The tub on the top of the two boxes has been filled with bowls and plates, but no typewriters.

So I suddenly found myself with a house that was a little.... typewriter lonely. While the Burette boxes hold up to two portable (not traveller sized) typewriters, some of the machines are sadly a little too big to be accompanied. by anything. 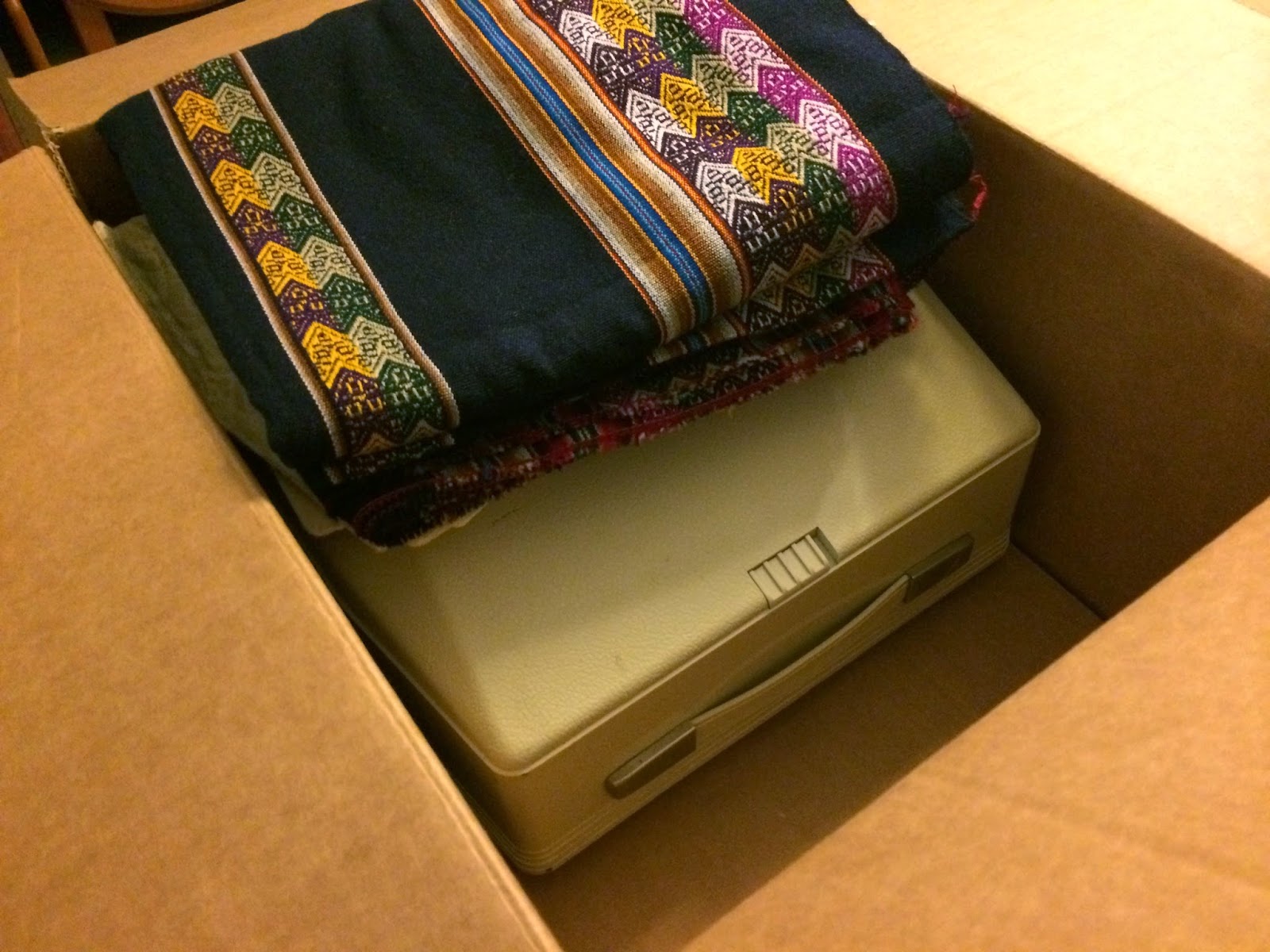 And sometimes I have some machines that seem to fit together nicely, which I then stuff full of table cloths or old clothing to stop them moving around. 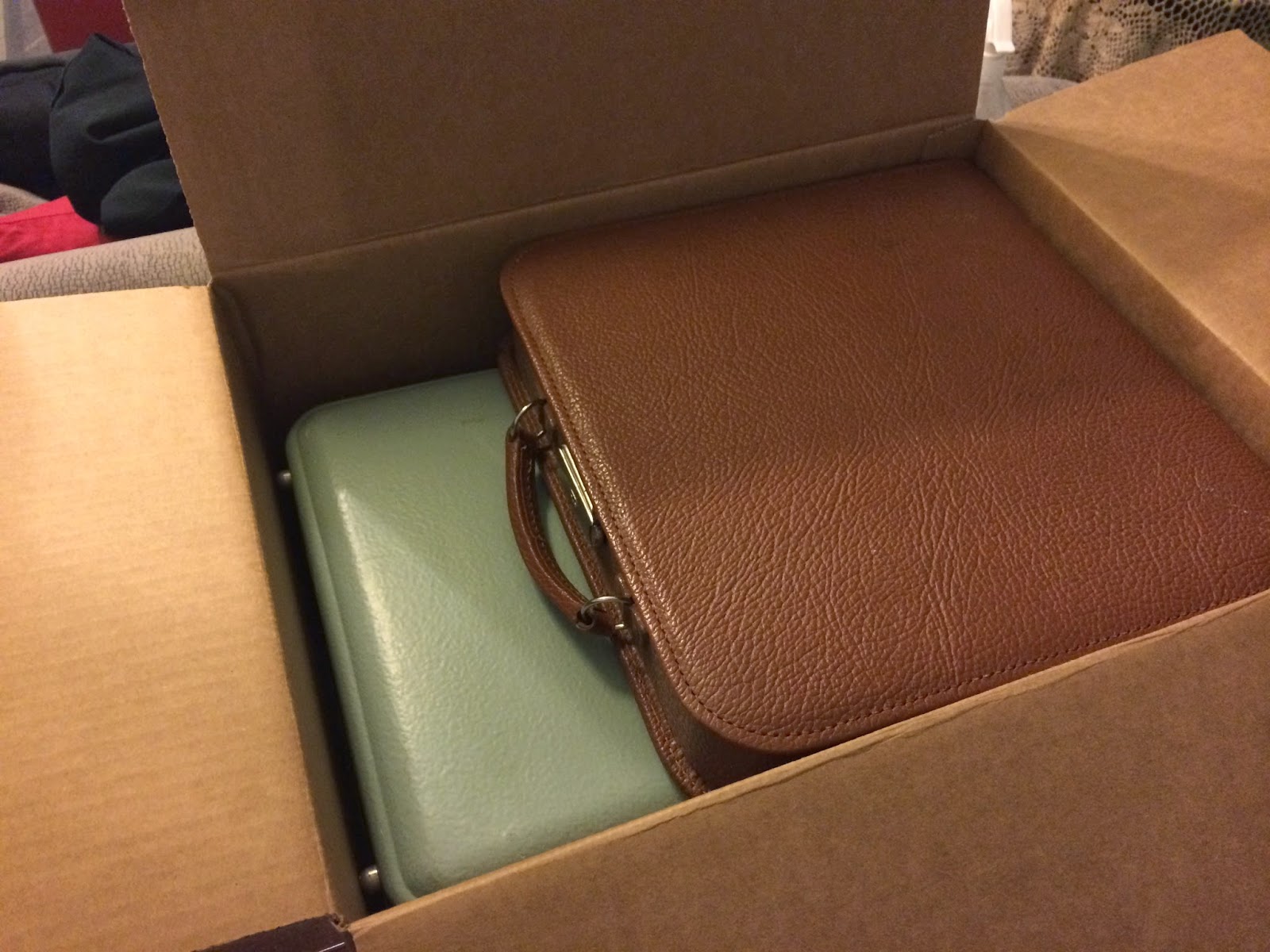 Jane hasn't been here for months now, but you know what? It didn't feel lonely till I'd Packed all the typewriters I like writing with away.

Fortunately a couple were too wide to put in these boxes and pack up. So while I'm progressing with my packing, I stopped to write a couple of brief letters to some people overseas to just let them now what is going on.

So, I've been getting acquainted with an old beauty. My Olympia SM1 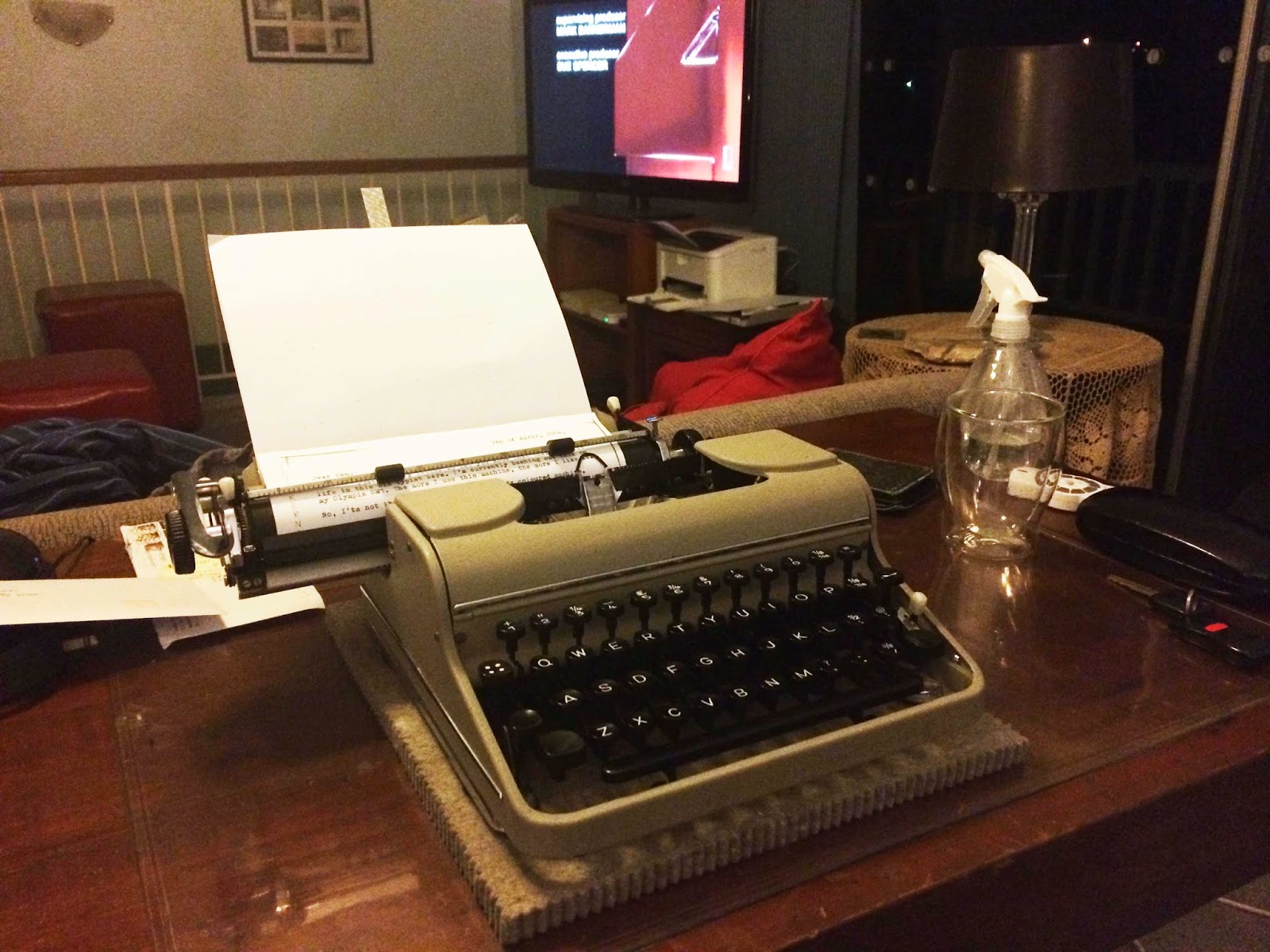 Oh yeah. and I was catching up with the Australian current affairs series '4 corners' while I was writing. Bit of a Monday tradition really.

So soon this typewriter will be packed up too, and I'll be typeless. Well, at least as far as portables are concerned.

Now.....  let's get onto figuring out those standards.

Meanwhile, back in the typosphere...

Brian Brumfield is trying to scrounge up the funds to send a typewriter to John Lavery that he's been hunting. John runs the 'McTaggart's workshop' blog, and is a good friend of both mine and Rob Messengers and has helped fix several machines of mine. John and I have talked about this machine a couple of times, and personally I find John's passion for these heavyweight electrical typewriters a little bewildering. But it's his thing so who am I to question why! He's got quite a collection of these 25+kg monsters and I think it will sit right at home with it.

The trouble is that it seems to be quite expensive to post over from the USA. So Brian has started up a fundraiser to try and pool the cash to do it - mainly because he can't wear the cost of doing it on his own.

I've already thrown in a yellow note, but if others are feeling a little generous  and would like to contribute - say, less than it usually costs to buy a meal at McDonalds... then we can get John (who is a pensioner) this machine.

John has done many repairs for both Rob and myself, and I would love to see him get his hands on this typewriter.