Here in Brisbane, we have been enjoying  the fading end of ex tropical cyclone Oswald, which has been whipping up severe winds and dumping torrents of rain on us. Flood waters around Queensland are raising, and Brisbane is no exception.

It isn't as severe in Brisbane as it was in 2011, but things here have been a little bit rough. The high winds combined with the heavy rain, along with the unexpected addition of a series of tornadoes, has however made the last 36 hours quite entertaining.

So, I grabbed an on-hand typewriter an tapped out a typecast before I had breakfast this morning. 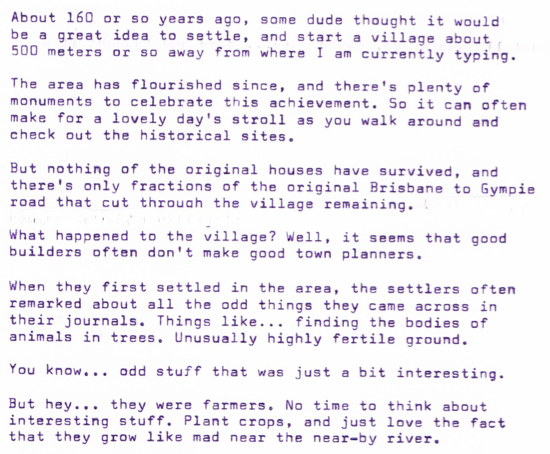 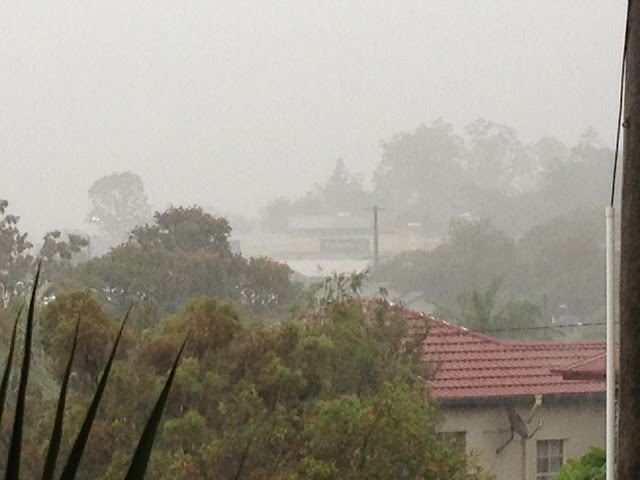 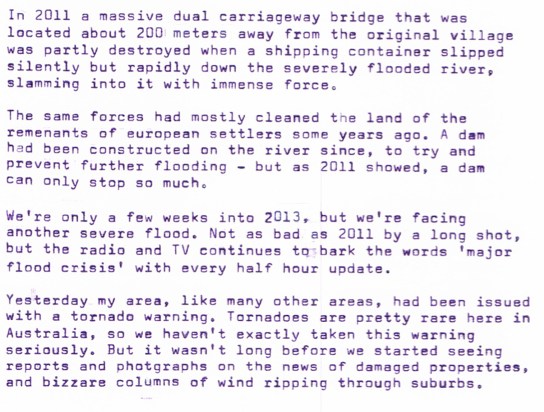 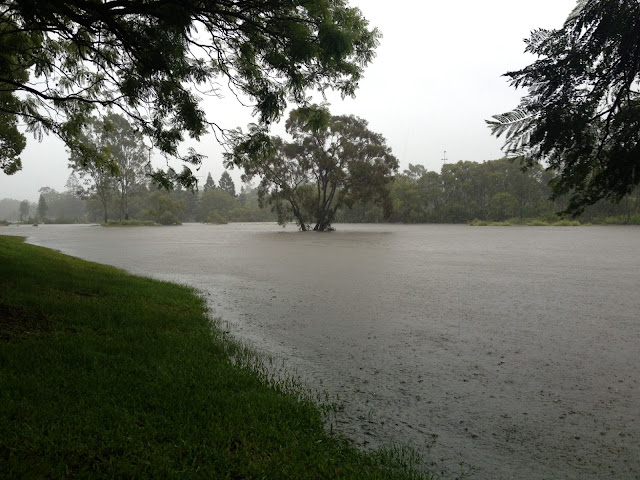 Pine river flooded rapidly as they dumped water from the dam, as the tide in the bay pushed a storm surge back up river. 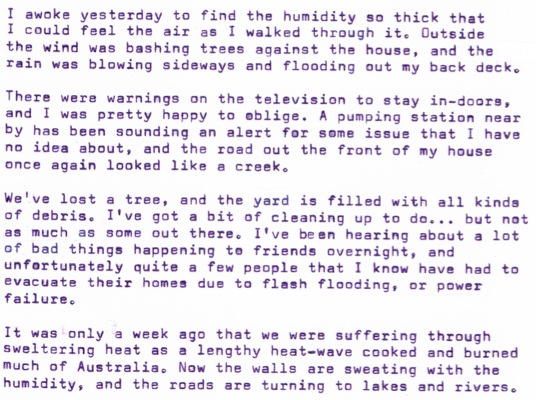 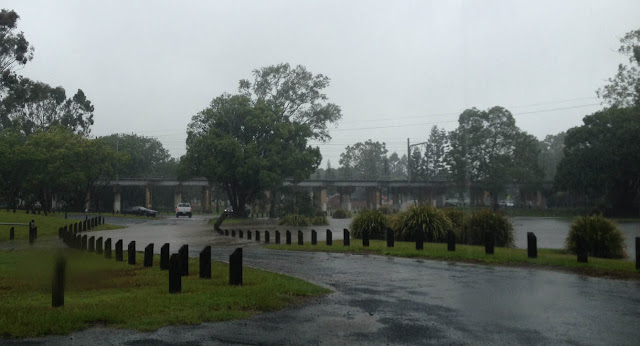 We crossed through this flooded section of the road yesterday before we came across an even deeper flooded road that was risky to cross.  Just for reference, the river is off to the left. That section to the right is a flooded gully.
Posted by Scott K at 18:13